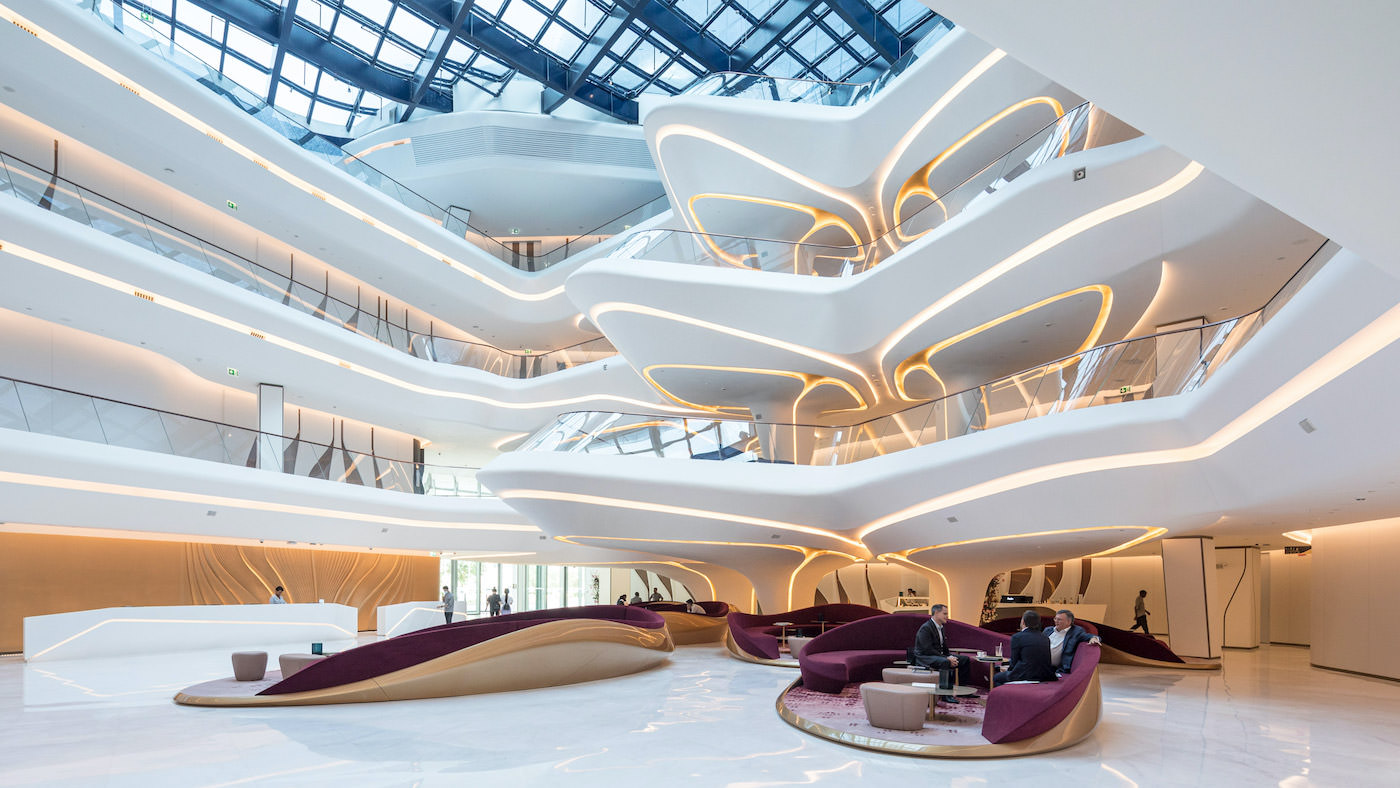 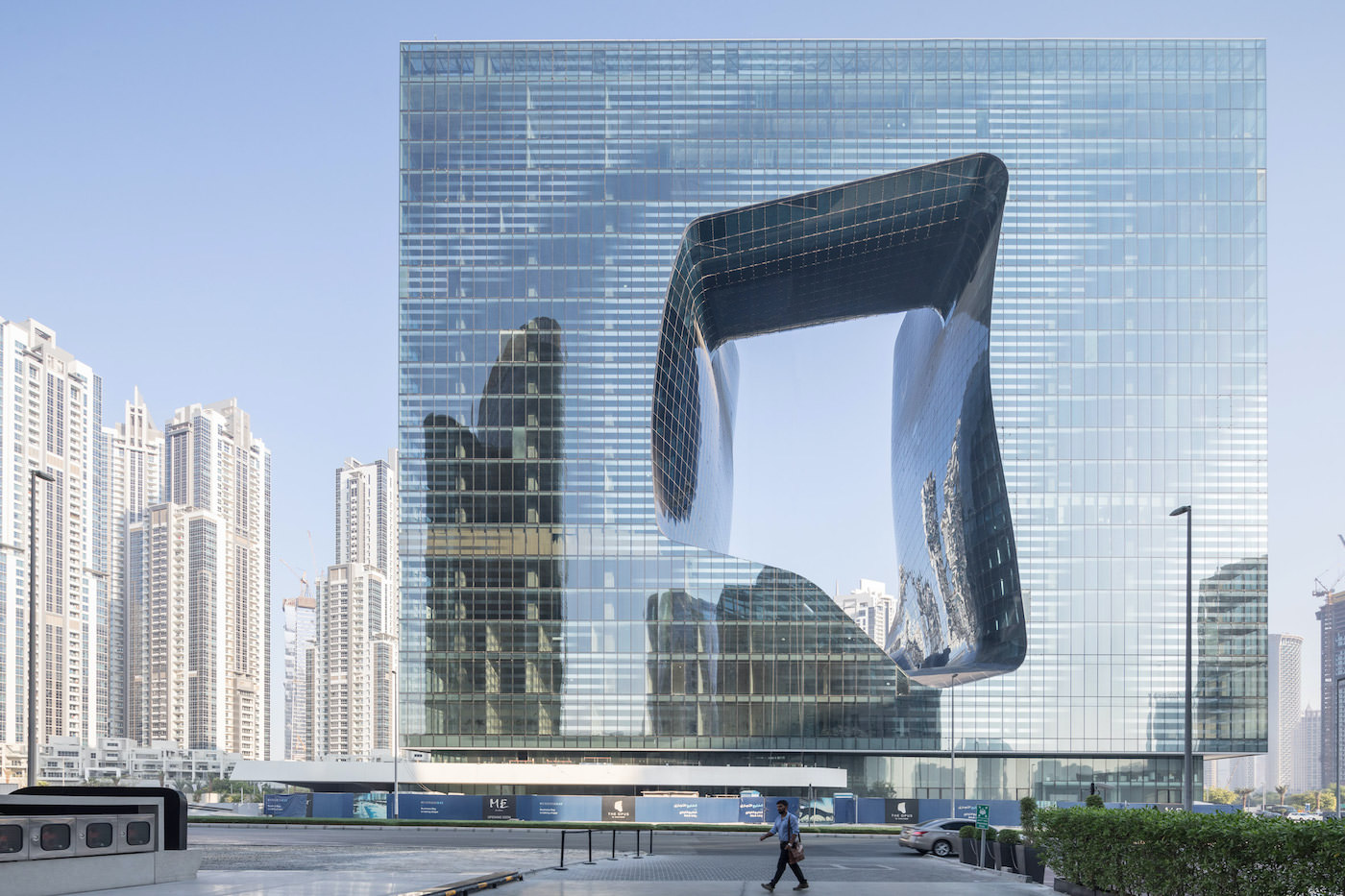 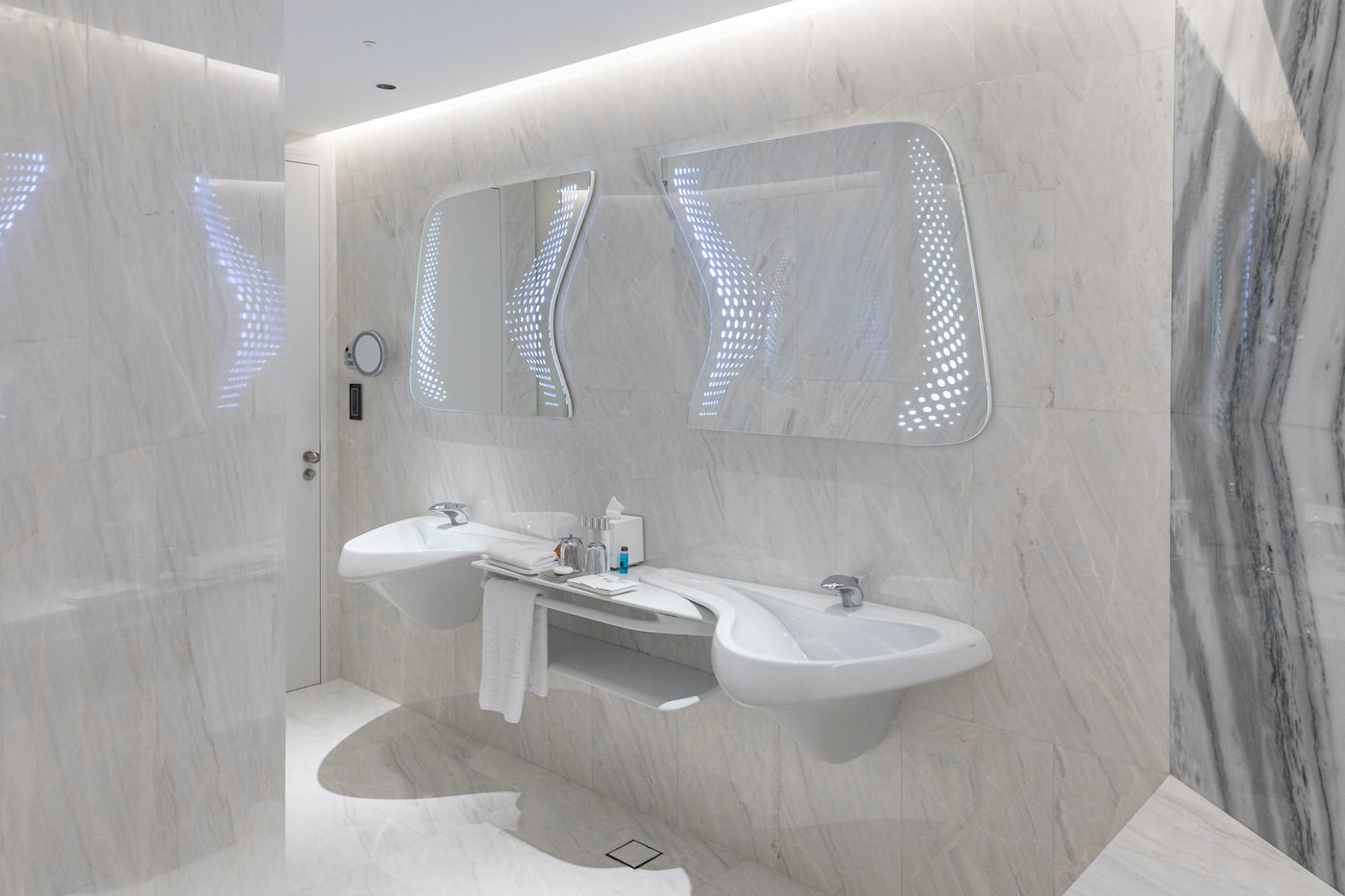 Designs for the Opus were first unveiled in 2007 by Hadid, who died in 2016. It was completed last year, with it being the only hotel in the world that has its interiors and exteriors designed by the late Zaha Hadid.

Opened in March 2020, it has 74 bedrooms and 19 suites, with each bedroom featuring a Zaha Hadid-designed bed, with a mattress that sits on a sculptural frame projecting from the wall. Its lobby sits directly under the Opus' signature void, which forms its glass ceiling. Three stories of galleries with projecting balconies ring the perimeter of the space.

A golden wall curves behind the white hotel reception desks, which are angled and lit by strips of lighting that match the balconies above. Slim golden edges top the glass balustrades of the balconies, which are set at an angle tilting back from the undulating edges.

Gleaming white marble floors are highlighted by the golden edges of plush curved seating areas, upholstered in a rich burgundy. Called Ottomans, these seating pods are by Zaha Hadid Design, the design wing of ZHA.

The Opus is a mirrored glass building occupied by a hotel, offices, serviced apartments and several restaurants. Externally the building appears to be a giant cube with an amorphous hole pushing through its centre, although it is in fact a pair of towers connected at the top and bottom to create the void effect. 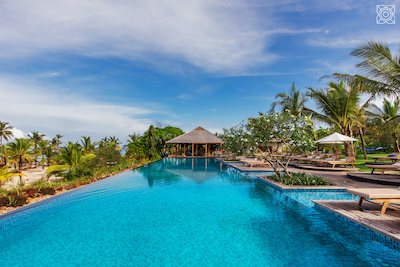 How do you combine history, culture, and modern design in a vacation getaway that seeks to both set itself apart yet firmly root itself in tradition? If you're Zuri Zanzibar, the first Design Hotel on the Tanzanian archipelago, you both embrace your perceived identity as well as the not-too-distant past. 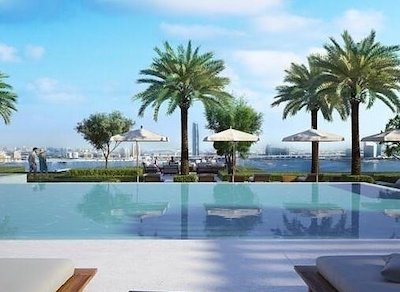 Award-winning International multidisciplinary design practice U+A has been chosen as the main consultant on the Creek Edge project by Emaar. 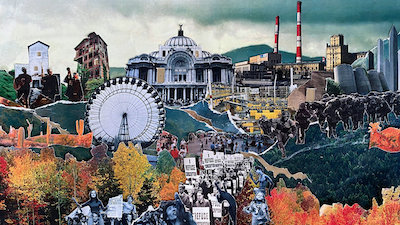 In a bid to raise funds for rebuilding Beirut after it was rocked by explosion in August, many international architecture firms have put artworks and signed drawings up for auction.

Sign up to our monthly newsletter filled with highlights and events